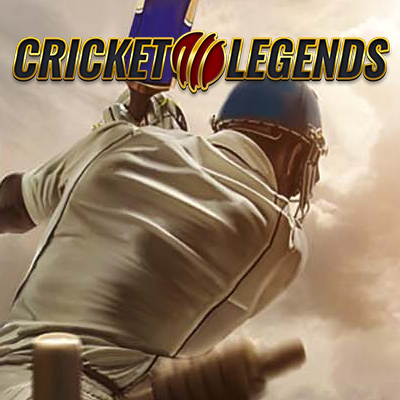 The most remarkable highlight of the Cricket Legends slot is the tumbling reels feature, where all symbols that are part of a winning combination suddenly vanish. New symbols take their place, potentially making new wins. Cricket Legends also features a Scatter symbol in the form of a trophy. Landing three or more of the same on the reels at the same time triggers the free spins feature, which is the real star of the show. Although re-triggers are not allowed, 3, 4 or 5 Scatters rewards players with 15, 20, and 25 free spins respectively, which is sufficiently rewarding.The Wild is depicted by the cricket ball, which can appear on reels 3, 4, and 5, substituting other regular symbols to form new winning combinations. There is a second Wild, represented by a picture of a bowler, that can fill up the entire reels wherever it appears. This expanding wild can only appear on reels 2, 3, and 4, but it can appear on any two of them simultaneously as well.

Qora’s slot Cricket Legends makes the ‘gentleman’s game’ far more enjoyable and fast-paced with its unique offerings, giving players with no professional knowledge of cricket a chance to score big runs! The game boasts of clean and simple graphics together with highly rewarding features, all of which make for an exciting gameplay together. The 3-row, 5-reels slot game offers no fixed paylines but 243-win ways instead. Symbols on the reels include cricket players including the batsman wicketkeeper, fielder, and captain along with the umpire as the high paying tier. Jersey symbols in yellow, and blue pay lesser. The Wild is represented by the cricket ball, which can appear on reels 3, 4, and 5 to replace other regular symbols and create new winning possibilities for players.
A second expanding wild represented by the picture of a bowler also makes appearances from time to time, and can cover the entire reel whenever it appears on reels 2, 3, and 4, or any two of them simultaneously.
A major highlight of the game is its tumbling reels feature, where all symbols that are part of a winning combination suddenly vanish, leading to the appearance of new symbols. As this is an all-ways game, you can only imagine how rewarding such a feature is for this gameplay.
The Cricket Legends gameplay also comprises a Trophy Scatter, landing three or more of which triggers the free spins feature. 4 or 5 Scatters rewards players with 15, 20, and 25 free spins respectively, but there is no re-trigger option. The game is also home to progressive multipliers during the free spins round, that advance as the winning symbols disappear from the reels. They can go from 1x to 2x, 3x, 4x, and 5x, followed by a straight jump to 10x, which is the highest value possible. Once the sequence of winning cascades is finished, the multiplier resets to default 1x value.