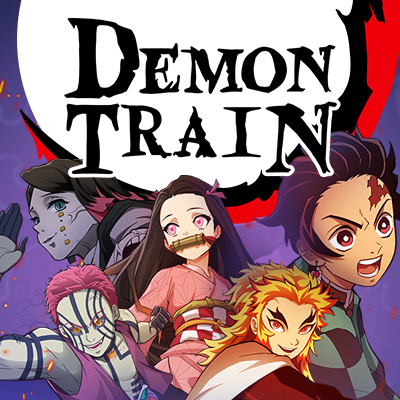 Demon Train by Dragon Gaming is a unique video slot game that is inspired from the globally popular anime culture. The game itself takes its inspiration from a famous anime movie, and has at its center the themes of battle, dynamism and opportunities.The reels display an interesting array of characters – heroes, villains, demons, and warriors. The bonus symbol is represented by a train and is the key for unlocking free spins to garner more rewards. The highlight of the game, however, is the exclusive ‘Avalanche’ feature, which is based on the cascading reels concept. Each time a player makes a winning combination, all winning symbols explode, and their spots are filled up by the symbols immediately above, which descend to take their new place. New symbols, therefore, are added from the top, leading to new winning combinations. This avalanche continues until there are no more wins.
With a small betting range of 0.20 to 50.0, combined with an average RTP of 96.01% and medium volatility, the Demon Train is not suitable for the high hitters and seekers. If you are in for a trending combination of slots, anime, and battleground theme, however, then this is the perfect respite for your wandering mind.

If you are a big fan of both anime and slot games, and are somewhat drawn to battle-like themes, we have a perfect online casino destination that combines all the three into one. The Demon Train slot is an all-new offering of Dragon Gaming that is inspired by a popular anime movie. The game takes players along an adventurous ride full of dangers, multiple characters, flashy animations, and tremendous winning opportunities. Following a traditional format of 3 rows and 5 reels, the Demon Train slot changes its layout to 4 rows and 5 reels as soon as the game enters the exclusive Free Spins round. One of the most remarkable highlights of the game is its cascading reels feature, called the ‘Avalanche’ within the game. You can rely on this feature to trigger massive, highly rewarding winning combinations for you in an instant.
The Demon Train slot game has a vibrant and colorful look to it, thanks to the array of dynamic symbols on its reels. Multiple anime characters make it to the display, designed to the detail and boasting of impressive graphics. You will also spot Japanese characters along with warriors and demons. The bonus symbol stands out of the crowd, represented by the train.
The game’s keystone in every way is the Avalanche feature itself, with the game’s entire premise hanging around it. Each time that you make a successful win, all the winning symbols will explode. The ones above them then drop down to take their place, while new symbols keep entering from above. This might lead to new winning combination formations, and the process continues. The ‘avalanche’ will stop only if there are no more wins.
Another point to note is that each time players hit an avalanche, they also proceed to the next level, which are 6 in total. Each level has some new feature to add to the gameplay as it reveals itself, including Multipliers and Second Chances.
The Demon Train slot also comes with a free spins bonus feature, in case you were wondering. Players must land three or more bonus symbols during a single spin to receive 10 free spins instantly. During this round, the game’s layout shifts from 5x3 to 5x4.
The medium volatility game of Demon Train showcases a slightly better than average RTP of 96.01%, though we cannot call it particularly impressive. The betting range is fairly small as well, from 0.20 to 50.0. However, this game was never designed for the high hitters and seekers at all. Instead, it is a warm and welcoming slot game experience for all those who are looking for something unique and memorable to stop by.