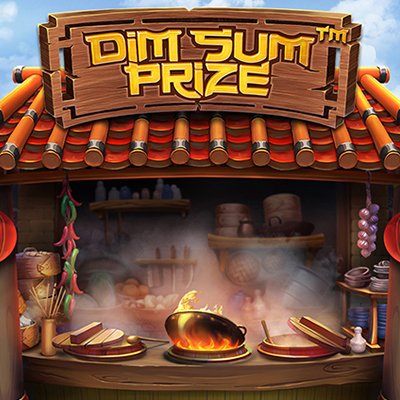 Dim Sum Prize by Betsoft is a traditional 3-rows, 5-reels, and 10 paylines slot game based on the interesting theme of the Orient. Featuring an array of mouth-watering Japanese and Chinese delicacies, Dim Sum Prize has an Asian kitchen for its backdrop and soothing Chinese-inspired soundtrack to heighten the gaming experience.The game symbols are all different items of Oriental cuisine, including cupcakes, dumplings, spring rolls, shrimp dishes, and more. Smaller portions pay less while more complex dishes are more valuable in terms of rewards to players. Dim Sum Prize also features special symbols such as the Teatime Wild and the Crimson Coupon Scatter. While the first activates Re-Spins, the second grants multiple Free Spins to players.
Bonus features such as the Bamboo Basket Surprise and the Random Bonus round make Dim Sum Prize a highly rewarding slot game. Betting on the reels ranges from 0.005 to 1.0, making the game suitable for newbies or low rollers in the world of online casino games. The absence of progressive jackpots is made up for with a high RTP of 97.18% and a maximum payout of 377.6x the original bet. Dim Sum Prize is available for playing on mobile phones, laptops, and desktops alike.

Dim Sum Prize by Betsoft is an oriental-themed slot game that comes with 3 rows, 5 reels, and 10 paylines. With a Chinese-inspired soundtrack and decorations, Dim Sum Prize focuses on the oriental cuisine of a tiny Asian restaurant’s kitchen. A wooden food stall decorated on either side with bright lanterns and featuring multiple Chinese and Japanese dishes on the reels – Dim Sum Prize impresses players with its myriad elements.A range of assorted goodies appears on the reels, including cupcakes, dumplings, spring rolls, shrimp dishes, and others. Smaller portions of traditional Chinese dishes can pay up to 3x the bet, while the more complex cuisines pay 10x. The large white dumplings are the most valuable symbols on the reels.
The teapot symbol is the Wild in the game, which triggers a Re-Spin feature every time a Wild symbol lands on the reels. The more teapots you land, the more re-spins you can win. The crimson coupons act as the Scatters and trigger the Free Spins mode whenever a player lands at least 3 of these anywhere on the grid. Besides rewarding you with 5 Free Spins, all triggering coupons are transformed into Teatime Wilds, which stay locked in place for the entire duration of the feature.
One of the most unique features of the Dim Sum Prize is the Bamboo Basket Surprise. The symbol can randomly appear on reels 2, 3 and 4, and would reveal either a crimson Scatter or Teatime Wild when opened, triggering Re-Spins. There is yet another random bonus round with guaranteed payouts. Here, a row of bamboo steamers line up on the screen, and players need to pick one to reveal the coin reward underneath. Clicking on a second steamer would give away a multiplier value, and together the two make for a bonus prize for the player.
With a coin bet range from 0.005 to 1.0, Dim Sum Prize can be played both for free and real money, and has something for every pocket size. The game has an impressive RTP of 97.18%, which suits all low-rollers. The top payout stands at 377.6x the original bet. The game has an Auto Spin feature for those who want to sit back and let the game uncover automatically. Dim Sum Prize is built on HTML5 technology, making the game compatible across a range of devices.