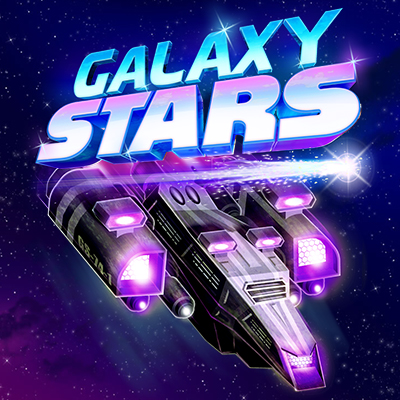 Galaxy Stars by Qora Games is based on the theme of space exploration, giving the player the seat of the Commander in a flight aboard a space liner. The 3-rows, 5-reels, 20-paylines video slot game follows the trails of the players in search of ‘Earth 2’, as the resources on their own planet are getting fast depleted. While the game can be played both for real money and as demo, the game’s excellent visualization and 3D graphics lend a realistic feeling of players onboard a spaceship deploying jets into the deep space! The reels showcase low, medium, and high paying symbols to boost earnings. From 1x to 8x Multipliers after random spins to major Nexus Wins from the Black Hole, Free Galaxy Spins to 3 to 6 Extra Wilds with Lucky Star feature and more, the game’s rewarding features offer a one-of-their-kind experience.
Add to that the RTP of 96% and the high volatility, and players are sure to bag huge prizes. Wagers available in the game require using 20 coins, with a starting value of about $0.25 per spin. The upper limits on the bets is fixed at $100.

If you have been seeking an adventure and excitement-laden video slot game, Galaxy Stars is your one-stop destination! The 3-reels, 5-rows, and 20 paylines slot game is set in space and brings many exciting features and resources to players’ screens. Presented by Qora Games, the slot boasts of an impressive fanbase worldwide and features around a flight aboard a space liner. Players must lead their exclusive mission into the distant space, while dealing with an array of planets and celestial bodies throughout. The Galaxy Stars slot is the basis of this gameplay and can be played with real money. The design of the slot game adds a pleasant impression to the game too, with an excellently visualized interface and 3D graphics. Players actually get the feeling of being onboard a spaceship.
As the Commander of the ship, the player is asked to search for an ‘Earth 2’, because the resources on Earth are getting depleted at an unprecedented rate. While tunneling through space, leading their crew, and deploying jets into the deep space, players must collect Nexus wins from the Black Hole. An array of exciting and rewarding features awaits the player’s luck, including Multipliers, Random Wilds, Walking Wilds, Free Spins, and more!
The variety of symbols on the game reels is quite impressive and is a mix of different value ranges. The low value symbols are designed as color hexagons – blue, bronze, copper, and purple – with stripes on them. The blue one is the least valuable. Mid-range symbols on the game are represented by celestial bodies - stars and planets, while the highest-paying ones are the spaceship and the nebula.
Wild symbols take the form of the Sun on the reels and can replace any other regular symbols to form new winning combinations. Once the player is on a successful winning streak, they enjoy higher Multipliers for upcoming wins along their way. Multipliers kick off at just 1x, but proceed towards 3x, 5x, and even 8x with the addition of the Nexus.
Another exclusive feature called Lucky Star can reward players anywhere between 3 to 6 Extra Wilds. These get added to the reels at random during the gameplay. The Galaxy Spins feature offers 10 Free Spins upon being activated, while the Blazing Wilds get sticky on the reels, moving from the left side on the same row until they are out of the game area. Wagers available in the game require using 20 coins, with a starting value of about $0.25 per spin. The upper limits on the bets is fixed at $100.