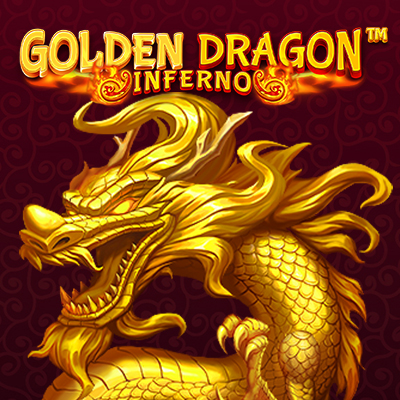 Golden Dragon Inferno, a five-reel, three-row, feature-rich game from Betsoft, has just been released. In this stunning Eastern-style slot machine, practically limitless winning combinations are possible thanks to stacked Mystery Symbols, a Nudging Multiplier Wild Reel, and an incredibly large Hold & Win bonus.The traditional red and gold scroll features a number of prosperous, lucky symbols, including the Buddha, Fish, and Tortoise. The stacked mystery symbol represents the mystical door knocker. When the spin is over, one random symbol will be added to each of the stacked mystery spaces on each reel.
The entire reel is the Nudging Multiplier Wild Reel in addition to the Dragon being Wild. Players get a random win multiplier of 2x, 3x, 5x, 8x, or even a stunning 10x every time the dragon appears on reel 3. To entirely enclose the central reel, it will travel upward or downward. A second chance is offered if there isn't a win: the Dragon locks into place and the remaining reels receive one FREE RESPIN.
The only symbols that cannot be replaced by wilds when they appear on reels 2, 3, 4, and 5 are the Mini, Minor, and Major bonus win symbols. On the reels 2, 3, 4, and 5, wilds can emerge.
The Hold and Win Bonus cannot be accessed until you have six or more Bonus symbols. Players immediately get THREE RESPINS, and the triggering symbols stick around.
When there is a Scatter in each of the 15 spots, or when there are no more respins left, the feature comes to an end. The default game's 71.39% Hit Rate means that winning combinations are attainable on more than seven out of every ten spins. Golden Dragon Inferno will be burning in November in addition to the 5,000x maximum stake, with frequent and substantial payouts.

Golden Dragon Inferno, the newest five-reel, three-row, feature-rich game from Betsoft, comes hot off the press. In this exquisite Eastern-style slot machine, Stacked Mystery Symbols, a Nudging Multiplier Wild Reel, and an incredibly generous Hold & Win bonus provide virtually endless winning combinations. The lucky, high-paying symbols on the classic red and gold scroll include the Buddha, the Fish, and the Tortoise. These will pay 1.5x for a complete combination, but because ALL symbols begin the payouts with just two sets of symbols, the frequency of wins is quite high and keeps players on the edge of their seats.
The Stacked Mystery Symbol is the enchanted Door Knocker. When the spin is over, one random symbol will be placed in each of the stacked mystery positions on each reel. To further increase winnings, all replacement symbols are identical.
The entire reel is the Nudging Multiplier Wild Reel in addition to the Dragon being Wild. A random win multiplier of 2x, 3x, 5x, 8x, or even a whopping 10x is awarded to players whenever the dragon appears on reel 3. It will also nudge up or down to cover the full middle reel. However, as you could anticipate from Betsoft, there is even more room for winning. A fortunate Second Chance is given if there is no win: the Dragon locks into place and the remaining reels receive one FREE RESPIN.
Wilds can show up on reels 2, 3, 4, and 5, and they can replace any other symbol with the exception of the Mini, Minor, and Major bonus win symbols. The Bonus symbol is the Scatter. Mini, Minor, Major, and Grand blazing Bonus symbols display the win potential on the counter at the top of the reels, but Regular blazing Bonus symbols can pay out a random fixed amount.
To activate the Hold and Win Bonus, you must land 6+ Bonus symbols. Players are given THREE RESPINS right away, and the triggering symbols get sticky. Players can collect a lot of Bonus symbols to result in HUGE WINS because each new Bonus symbol locks into place and resets the respins to three. When all 15 positions have a Scatter or when there are no more respins left, the feature is over.
Wins on more than seven out of ten spins are attainable because to the base game's 71.39% Hit Rate. This November, Golden Dragon InfernoTM will be blazing with regular and enormous wins in addition to the 5,000x maximum wager.