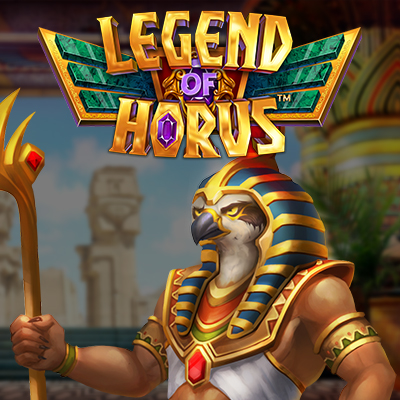 4.4 out of 5 stars.
Log in to rate the game
Legend of Horus will take you deep beneath the Egyptian pyramids. You’ll have an opportunity to meet face-to-face with Horus, one of the most important deities of this ancient civilization. He will put your luck to the test by asking you to spin the reels located between two ancient pillars. Lucky explorers who match enough symbols will gain Horus’ empathy and will get a chance to pick a piece of the treasure that’s guarded by this powerful force.

Legend of Horus also offers you the chance to gamble your winnings after a successful spin. If you’re feeling lucky, you can double the amount you’ve won by using this feature.
Log in and review this game
Share your thoughts with other players