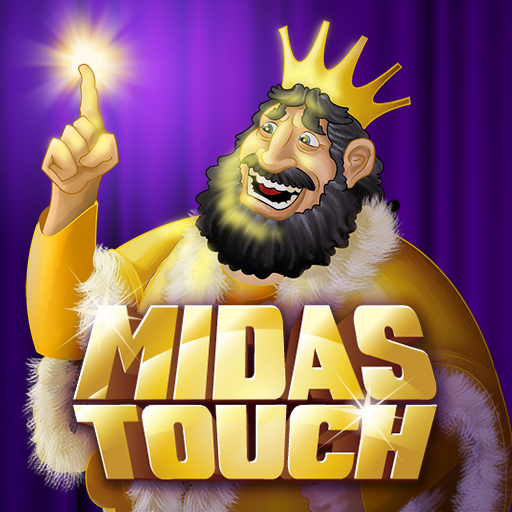 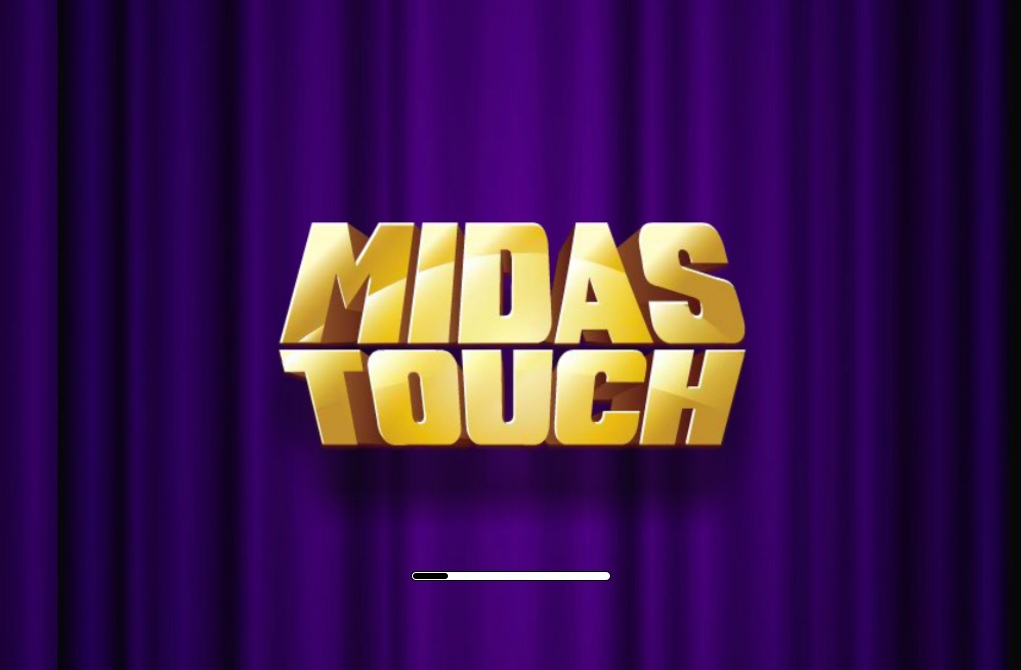 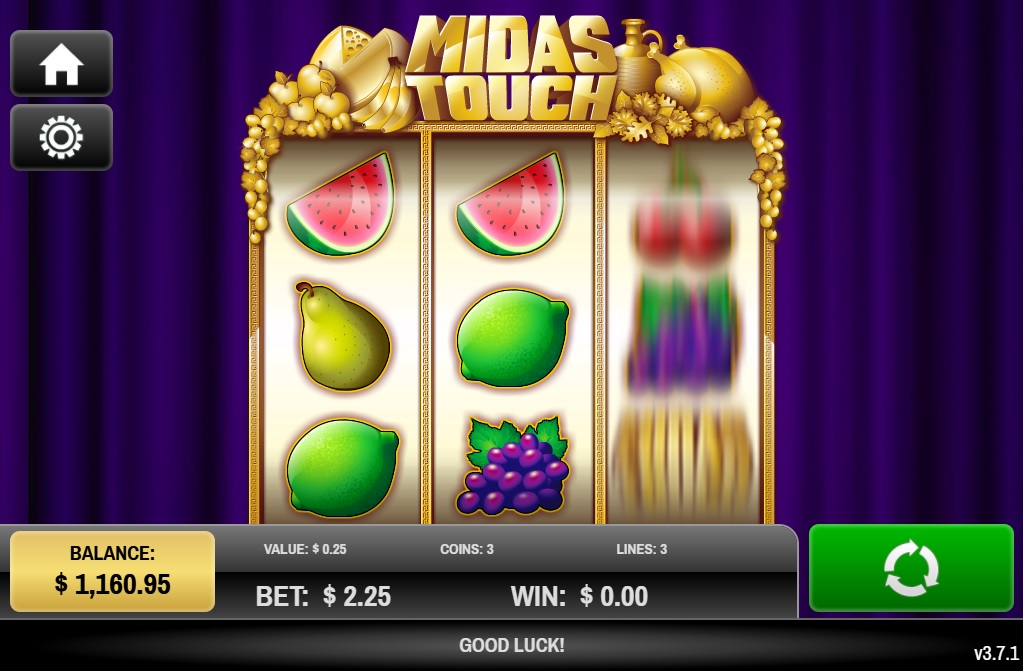 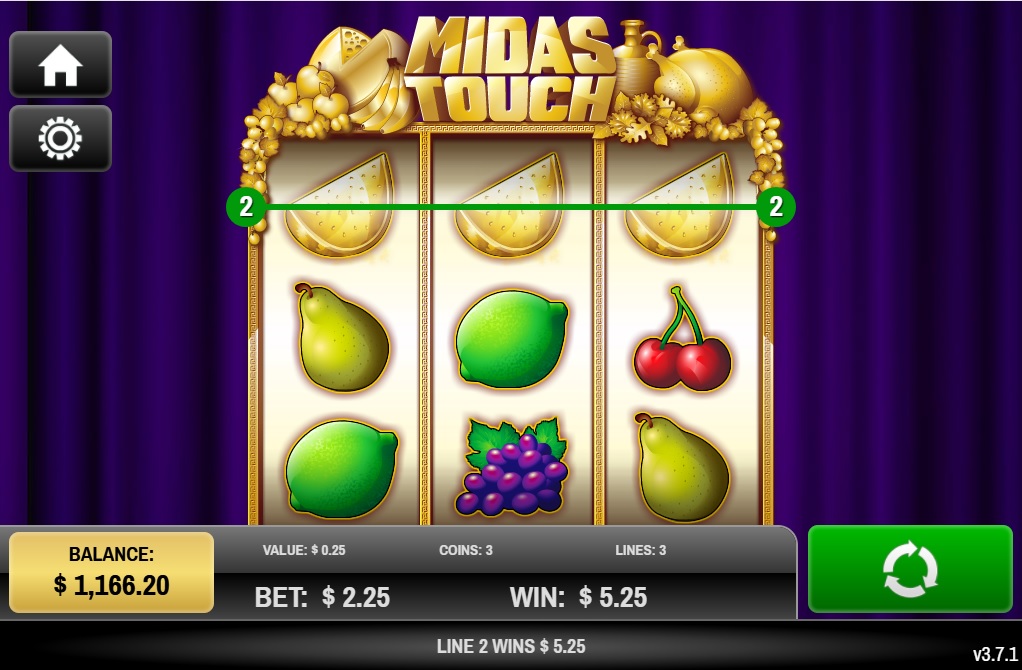 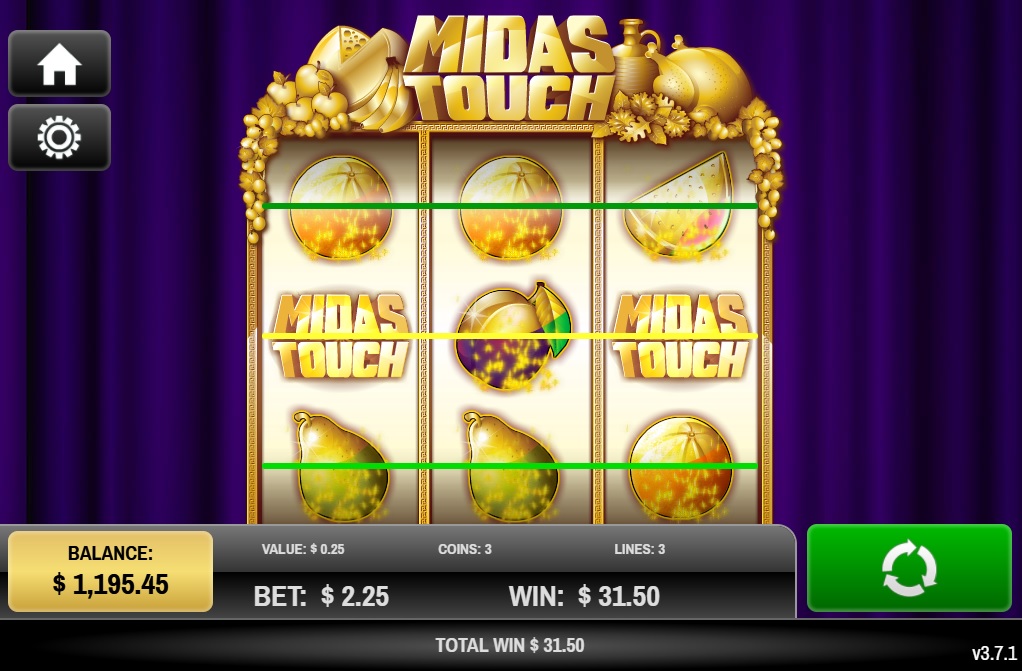 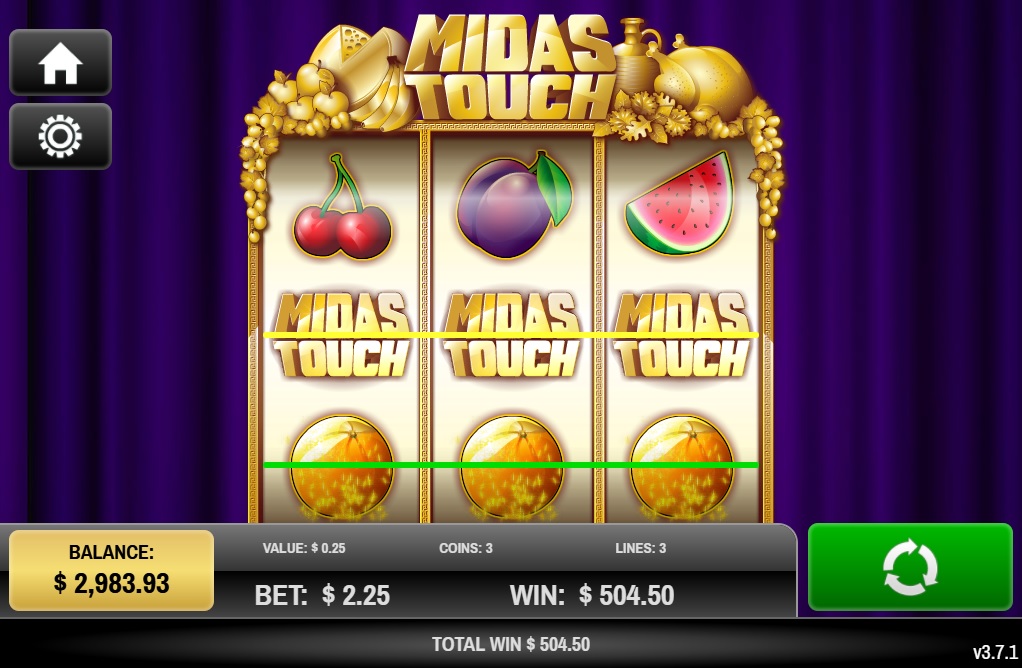 4.4 out of 5 stars.
Log in to rate the game
Legend says that King Midas valued golden treasures and lavish feasts above all other things. When Midas was given the chance to make any wish his heart desired, Midas chose to turn anything he touched into gold. King Midas was delighted to see his entire banquet, piece by piece, transform into glorious gold. All his favorite fruit like pears, oranges, watermelon, grapes, limes, plums, and cherries turn to gold before his very eyes. The King's glee rapidly changed to dread though, when he realized that he could now no longer eat any of his solid gold food. Try Midas Touch, it's as good as gold!