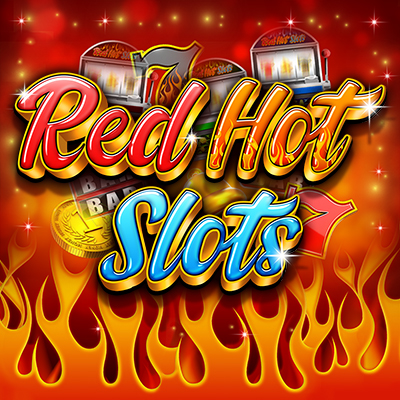 One of the most exciting new online casino games by Saucify is the Red Hot Slots video slot game. The slot game comes with 3-rows and 5-reels, based on the theme of fire and red-hot burning flames. Red Hot Slots is known for its exciting features of Free Spins and three different types of bonus rounds.

The high-paying video slot game, offering up to 45000 coins, comes with an engaging soundtrack and visuals, with symbols such as golden dollars and bells, single, double, and triple bars, and the number 7, in both red and fire themes.

The three bonus rounds are the Jackpot, the Coin Pick Bonus, and the Mini-Slots bonus.

The Free Spins feature of the slot game comes in the form of Mini-Slot machines which have their own high-paying table. The Coin Pick bonus gets activated whenever three or more golden coins appear anywhere on the reels. The Jackpot Pick bonus rewards players with additional wins when they land at least three Jackpot symbols on the reels.

Wilds on the Red Hot Slots game can substitute any symbols other than the golden coins and mini-slots. Payouts in the game are from left-to-right, except the Scatters, which pay any way.

Log in and review this game
Share your thoughts with other players
Game reviews
★★★★
Cheryl J
Fun pays good!
Love this game!!!

Red Hot Slots by Saucify and Genii is an engaging and high-paying video slots game that comes with an array of exciting features that guarantee loads of rewards for players. The slot game is known for its engaging soundtrack and high-quality visuals, which emanate a sleek and minimal look.

As the reels take centre stage, all the additional information is concentrated in small bands at the top and bottom of the reels, while the backdrop features crackling flames of fire. The symbols on the reels of Red Hot Slots keep up with the game’s color scheme, featuring golden dollar symbols, golden bell icon, single, double, and triple bars, and the number 7 in red and burning flame variants. The burning 7 is the highest-paying symbol on the reels.

When 3 or more Jackpot symbols appear anywhere on the reels, this triggers the Jackpot round, where players can secure additional rewards and add them to their kitty. The second bonus round is the Pick a Coin feature game, which gets activated when players land 3 or more golden coin symbols are visible in any position on the reels. Players can reveal prizes hidden behind coin symbols and in extra rewards instantly.

There is also a Mini-Slots bonus round, where landing any 3 mini-slot symbols on the reels leads to winning free spins on each of the machines. The mini-slots have their own high-paying paytable, and players can win up to 15 Free Spins across the three different mini-slot machines. Apart from great audio and visual package, it is the high-end rewards and multiple bonus rounds that make Red Hot Slots a must-play and fun-filled game for those who love online casino games.

The Wild on the game is the golden star symbol with the word WILD written across and can replace all other symbols on the reels other than the Coins and Mini-Slot symbols, leading to new winning combinations on the reels. Payouts are made according to the paytable, and are always from left to right, except for the Scatters which pay any way.

All wins on Red Hot Slots are multiplied by the bet per line and the highest win gets paid according to the winning combination. Coinciding wins get added. Players have the opportunity to grab 45000 coins on the game, which is compatible with mobile phones and desktops alike and supports multiple currencies and languages from across the world.