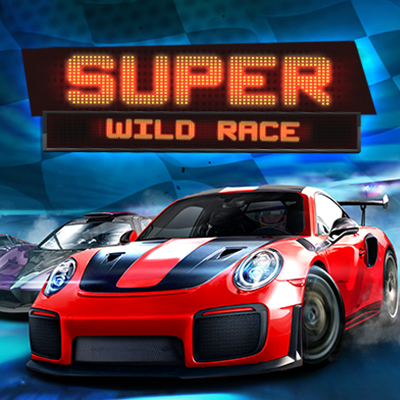 Gamers who enjoy themed racing slots will enjoy the Super Wild Race slot machine from Dragon Gaming. Ferrari, Porsche, and other durable sports cars can be found here. There are 243 winning combinations in the 5*3 pattern used in the game. The theoretical return to player (RTP) for the game is 94%, which is much lower than the industry average. Due to a multitude of features, such as Free Spins and unique symbols, you can experience an adrenaline rush and enormous wins (Jumping Wild, Sticky Wild, Expanding Wild, and 33 Wild).A, K, Q, and J, low-paying playing card symbols, as well as images of race cars, wheels, racecourses, and other automobiles- and racing-related objects, are all used as game symbols.
When it occurs in a cluster of three or more Scatter symbols, the Bonus Free Spins symbol in the game initiates the Free Spins. When three, four, or five scatter symbols are present, players are awarded 10, 12, and 15 free spins, respectively. Players get access to four limited-edition Super Car options when the bonus game is launched. In the end, a single Super Car from the four is selected at random to earn an honor.
Multiple Wilds in the game include the Dodge Viper ACRc Expanding Wild, the McLaren 765LT Sticky Wild, the Porsche 3x3 Wild, and the Ferrari 488 Pista (Jumping Wild). Two Jumping Wilds start off the free spins in arbitrary locations and jump across the reels starting from one position in either direction. The Expanding Wild, on the other hand, only shows up on reels 2 through 5 and lasts for the entire spin once it does. The Sticky Wild symbol can appear anywhere on the reels. Wild symbols will stay on the reel for two spins.

Fans of themed racing slots who enjoy gambling will enjoy the Super Wild Race slot game from Dragon Gaming. You'll see Ferrari, Porsche, and other tenacious sports vehicles in this spot. A 5*3 pattern and 243 winning combinations are used in the game. The theoretical return to player (RTP) for the game is 94%, which is significantly lower than the industry standard. Thanks to a variety of features, such as Free Spins and unique symbols (Jumping Wild, Sticky Wild, Expanding Wild, and 33 Wild), you can experience an adrenaline rush and enormous wins.Game symbols include both low paying playing card icons of A, K, Q, and J, as well as racing and car-themed symbols including branded race cars themselves, wheels, racetracks, and so on. Players have the option of choosing colors (that pay 2X) and suits (that pay 4X), depending on their choice.
The game has a Bonus Free Spins symbol that, when landed in a combination of 3 or more Scatters, triggers the Free Spins. Landing 3, 4, and 5 Scatters respectively awards players with 10, 12, and 15 Free Spins respectively. When the bonus game is triggered, 4 special edition Super Car options are presented to the players. 1 out of the 4 Super Cars ends up being awarded and is randomly selected.
The game also has multiple Wilds – the Ferrari 488 Pista (Jumping Wild), the McLaren 765LT Sticky Wild, the Porsche 3x3 Wild, and the Dodge Viper ACRc Expanding Wild. Two Jumping Wilds appear at the start of free spins at random positions and jump across the reels from 1 position in any direction. Wilds overlap any symbols that appear in their position. This continues till the end of the Free Spins. The Expanding Wild, on the other hand, appears only from 2 to 5 reels. Once the Wild comes up on the reel, the Wild symbol expands for that spin.
The Sticky Wild symbol appears on the reels at random positions. Wild symbols will stay on the reel for 2 spins. Wilds cannot appear at the same position but if any new Wild appears from the previous spin, then it overlaps the old Wild and would stay on reel for 2 spins.
The 3x3 Wild only appears on reels 2 to 4. Each time any Wilds appear on the reel, they overlap the entire row and cover other regular symbols.
At the end of each spin, players may choose to re-spin a reel as many times as they want with the chance of completing a win. Re-spins cannot be requested once a feature is completed. You can re-spin one reel at a time. Each re-spin is charged at an extra cost. On a re-spin, only wins that involve the re-spin reels are paid off.