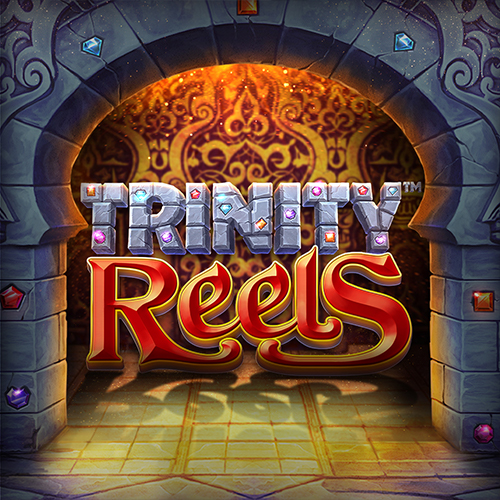 Trinity Reels by Betsoft invites you to embark on an experience reminiscent of the "Arabian Nights." The heart-pounding quick-fire action and startling 177,147 chances to win are featured in the six-reel, three-row release.There are numerous additional features in Trinity Reels, including Free Spins, Multipliers, and Stacked Mystery Symbols. In an endeavor to open the golden gates to fortune, players are instructed to proceed to the wall of the Alhambra Palace. The wall is where all the action occurs right now, so keep a close eye on it.
Reel symbols include both the pricey diamonds and the less expensive traditional royals. With each spin, symbols flow into the grid, creating a wall of symbols that travels swiftly. Every cascade has a chance of producing Mystery Symbols. They only show up on reels one through five and can only be replaced by the royals or diamonds.
Super Reel Six is in the spotlight. Only here do the three Special Boosts—WILD, SPLIT, and MULTI—occur, and multiple boosts may be used simultaneously.
Wilds can be used in place of the royal and jewel symbols as more paylines are connected. Three Scatters trigger 10 Free Spins and the opening of the golden gates as if Aladdin had spoken the magic words. During the Free Spins game, players are placed inside a glittering castle that is adorned with sparkling lighting. The Betsoft Buy Feature allows a player to launch the Free Spins Mode right away.
Trinity ReelsTM is a slot machine that you simply must play. It has a maximum win of 15,127.3x, a basic game Hit Rate of 20.03%, captivating music, and its distinctive gorgeous aesthetics.

One of Betsoft's most cutting-edge cascading reel slots, Trinity Reels, invites you to embark on a trip in the vein of "Arabian Nights." The six-reel, three-row release has a mind-boggling 177,147 ways to win and quick-fire action that will have your heart pounding.Bonus features including Free Spins, Multipliers, and Stacked Mystery symbols are abundant in Trinity ReelsTM. However, there's more! Split symbols on reels one through five expand the paylines, while a spectacular string of boosts on reel six boost payouts.
In an effort to unlock the golden gates to prosperity, players are led to Alhambra Palace's wall. Keep a close watch on the wall since this is where all the action is happening right now. These symbols, which can divide up to three times in the same location, feature both the high-paying diamonds and the lower-valued traditional royals. A win is produced by matching symbols appearing in any position on three or more adjacent reels, from left to right. The Diamond, which will pay you 2.5 times your wager, is the highest-paying gem symbol.
With each spin, symbols sprint into position on the grid, creating a fast-moving wall of symbols. With each spin cascade, up to three split symbols can emerge in any place and change dynamically. Every cascade has a chance for Mystery Symbols to show up. Only the royals or gemstones can take their place, and they only show up on reels one through five.
Super Reel Six takes center stage. It offers players the unique advantages necessary for even greater triumphs and thrills. Only here will the three Special Boosts—WILD, SPLIT, and MULTI—appear, and several boosts may be used simultaneously. When reel six receives a Wild Boost, one or two randomly selected spots on the other reels turn into TRIPLE SPLIT WILDS. A split boost occurs when two or three symbols on the remaining reels are randomly selected, splitting into three to increase the number of paylines. Any on-screen winnings are multiplied by 2x, 3x, 5x, or 10x when using a Multi Boost.
Wilds can be used in place of the royal and jewel symbols to connect more and more paylines. The golden gates are opened as though Aladdin had spoken the magic words when three Scatters show up, granting 10 Free Spins. For the length of the Free Spins round, players are moved within a glowing castle that is adorned with sparkling lamps. If a player wants to enter the Free Spins Mode right away, they can use the Betsoft Buy Feature.
Trinity ReelsTM is a must-play slot machine with a maximum win of 15,127.3x, a basic game Hit Rate of 20.03%, an intriguing soundtrack, and its trademark gorgeous graphics.