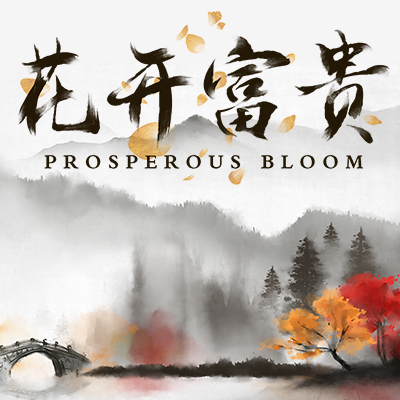 The Prosperous Bloom scratchcard game by Dragon Gaming is based on Vivaldi's Four Seasons and takes players on a quiet and calming journey through the four unique seasons of summer, fall, winter, and spring. The 3x3 grid-based game is an addition to the Dragon Gaming video slot of the same name. Based on the symbol combinations that land on the reels, the payouts change with the seasons.In the scratchcard version, line up identical seasonal flowers and Japanese symbols on the 3x3 grid to activate and win prize-boosting Multipliers! Any three symbols on the card must land in order to win. Due to the nine symbol slots, it is possible to match numerous sets of three symbols in a single round. You might win 650 times your wager if this occurs.
The free games round is where the major awards lie, even though getting three matching symbols could be profitable. Three Scatter symbols must appear consecutively in order to award 10 Free Spins. Your round-wide Multiplier will be determined by the Wheel of Fortune's subsequent spin. These could range from the moderate 2X to the exceptionally rewarding 10X.
When three identical Chrysanthemums appear on the reels at the same time, Prosperous Bloom switches from the Summer to the Autumn season. Autumn is transformed into Winter by three plums, Spring is transformed into Summer by three orchids, and Winter is transformed into Spring by three bamboo.
This medium-high volatility game's 95% return to player (RTP) may not seem like much, but its original idea, tranquil soundtrack, and intriguing features more than make up for it with an enjoyable experience that makes it a must-try.

Taking inspiration from Vivaldi’s four seasons, Prosperous Bloom scratchcard game by Dragon Gaming takes players on a gentle and relaxing journey through the four distinct seasons of summer, fall, winter, and spring. Following a 3x3 grid format, the game is an extension of the video slot of the same name by Dragon Gaming, where changing seasons bring changing rewards depending on what symbol combinations land on the reels. All you have to do in the scratchcard version is match identical seasonal flowers and Japanese symbols on the 3x3 grid to trigger and win prize-boosting Multipliers! Landing any three symbols on the card guarantees a reward. Since there are nine symbol slots, you will have a chance to match multiple sets of three symbols in the same round, which could lead to a win that is worth 650x your stake.
While getting three symbols of the same kind can be rewarding enough, the real rewards await in the free games round. Once you match three Scatter symbols, you immediately earn 10 Free Spins. This is followed by the spinning of the Wheel of Fortune which determines your Multiplier for the entire round. These could range from the moderate 2X to the incredibly prosperous 10X.
Prosperous Bloom starts with the Summer season, which changes to Autumn whenever three matching Chrysanthemums appear on the reels simultaneously. Similarly, three Plums change Autumn to Winter, three Bamboos turn Winter to Spring, and three Orchids turn Spring to Summer all over again.
While the medium-high volatility game’s RTP may not be too impressive at 95%, its unique premise, soothing spirits, and interesting features make up for it with a rewarding experience, and a must-try.