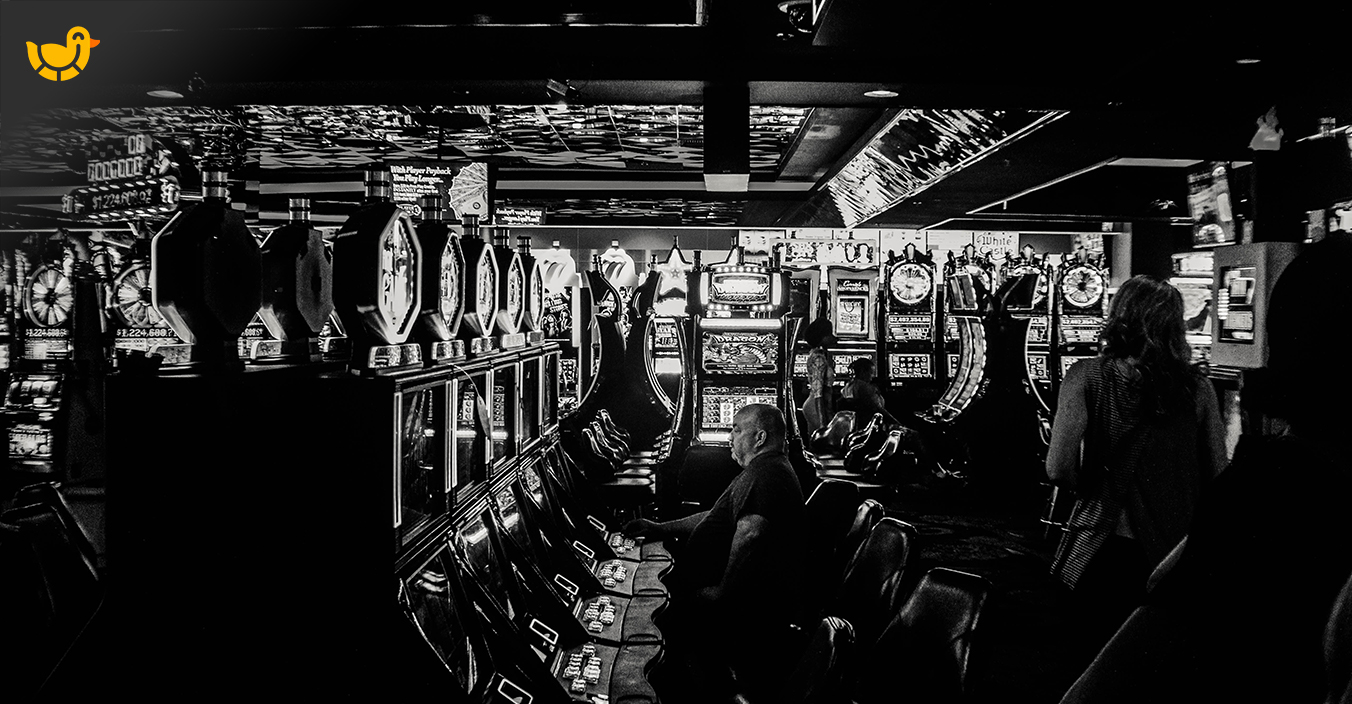 A Brief History of Slot Machines

Have you ever met a duck who loves Las Vegas more than I do? I seriously doubt it. When I’m not in Las Vegas, I’m still playing Vegas-themed online slots right here on DuckyLuck.ag – games like Cash Vegas, or Mr. Vegas, or – perhaps most appropriately for this blog post – Vintage Vegas. In fact, it was that last one that got me thinking… What are the origins of slot machines, anyway? From their roots in poker, to the advent of three-reel mechanical machines, to the widespread adoption and variations of those machines, we’ll touch here on some interesting history.

You love poker. I love poker. Who doesn’t love poker? I’ve even been known to play a variety of different online video poker games from time to time. But did you know that this is where slot machines got their original inspiration? It all goes back to Brooklyn, New York, in 1891, with a company called ‘Sittman and Pitt.’ They created what may have been the very first gambling machine. The machine itself contained 50 cards, distributed into five different drums. If you were in New York around that time, and you visited a local bar, you were bound to see one of these. It only cost a nickel to play, the drums would spin, and a poker hand would be generated for you. And what could you win? Well, that was all up to the bars – maybe a free beer, or cigars, or other drinks, depending on how strong your hand was.

But this wasn’t a very uniform way to play. A full house might get you a different prize in a Bronx bar than one in Queens, and for a duck like me who likes consistency (and many other species too, apparently), this just didn’t cut it. Luckily, for all of us, the next piece of history, in the late 1890s, was the iconic three-reel machine that we’ve come to know and love. And I’m not talking about the flashy, exciting online three-reel games that you can play online today. No, these first ones were super simple. California designer Charles Fey put only five symbols in his first three-reel machine: spades, hearts, diamonds, horseshoes, and a Liberty Bell. If you got three Liberty Bells, then by golly, you were RICH! A whopping 50¢ payout! With inflation, today that’s worth about $14.28, but it’s still a far cry from today’s online progressive jackpot game potential wins. Still, that didn’t stop the success of this new machine back then – there was nothing else like it, after all.

Because of its success, many other manufacturers copied Fey’s design, and it soon became a staple at cigar stores, bowling alleys, and bars, with other new symbols being introduced all the time. Before long, these machines had wreaths and flags as symbols. And when a new machine (the ‘Operator’s Bell,’ circa 1918) started offering flavored chewing gum as prizing, that’s when cherry, orange, and lemon symbols made their way into these machines, since those were some of the different flavors of gum that were offered.

And really, slot machines haven’t changed too much since then, have they? The general concept is still the same. Sure, we’ve since been introduced to electromechanical slot machines, and video-based machines (both topics for ‘Part 2’ of this blog post, perhaps), as well as so many different popular online slots that you can play today, but whatever you’re playing, it’s still all about matching and lining up different symbols for prizes, just like the very first machines of yesteryear. And even though a free cigar is nice, I’ll instead take a $100,000 jackpot any day of the week. Perhaps we have come a long way, after all.