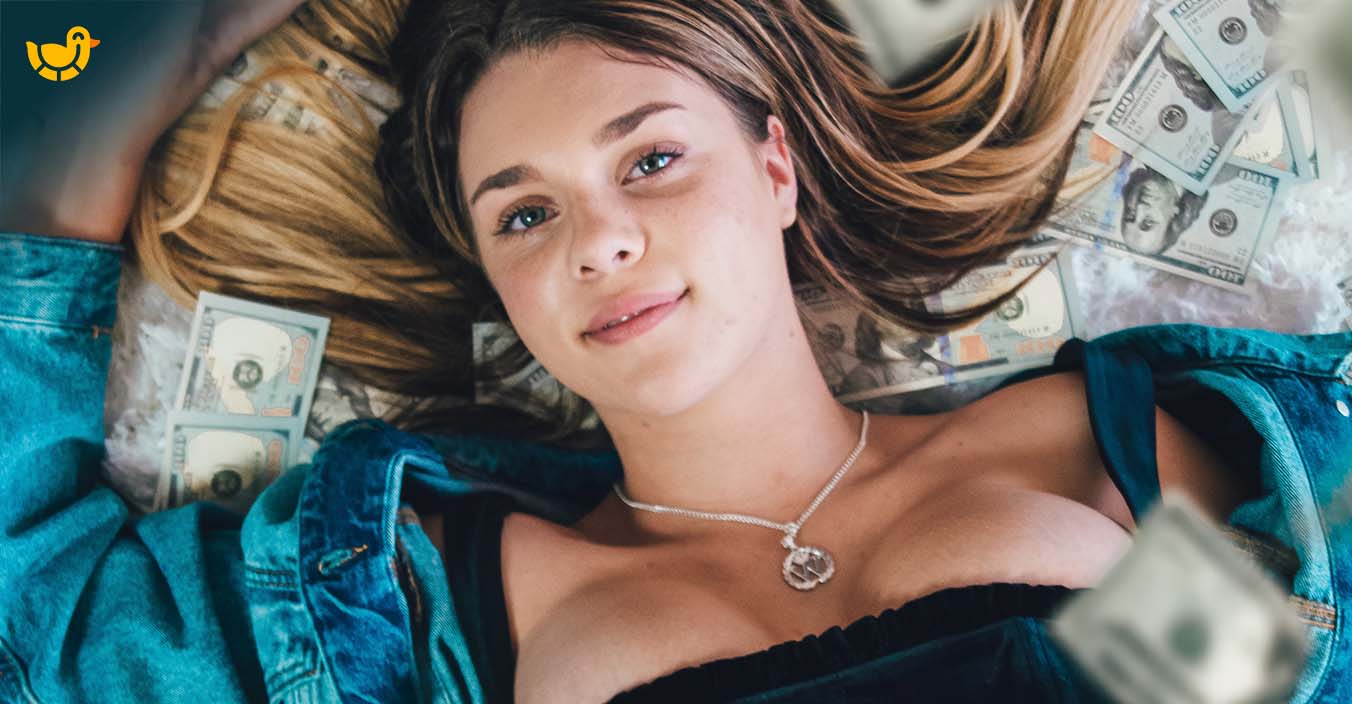 Lady Luck and Her History

They call you Lady Luck But there is room for doubt
At times you have a very unladylike way of running out.
A lady doesn't leave her escort
It isn't fair, it isn't nice
A lady doesn't wander all over the room
And blow on some other guy's dice.
So let's keep the party polite
Never get out of my sight.
Luck be a lady tonight.
(from Guys and Dolls, the musical)


This portrayal of Lady Luck as a fickle, flirtatious woman who cheats on her date actually has some historical precedent. And it’s Ancient History ¬– really, really ancient – going all the way back to Ancient Greece (and Rome), where myth and reality blended seamlessly in everday life.

The original ‘Lady Luck’ was the Greek goddess Tyche (pronounced like ‘Nike’ ¬– ancient Greek winged goddess of victory). Tyche was the daughter of  Aphrodite and Zeus (or possibly Hermes) and was the goddess of fortune, chance, providence and fate. She was widely venerated and honored as a patron goddess of many ancient Greek cities, and statues of her proliferated all over ancient Greece. She was depicted holding a rudder, as she guided the affairs of the world ¬– so she was associated with Fate. She also held a ball, representing the unpredictability of fortune as the ball could roll in any direction, and a cornucopia, respresenting bounty or plentifulness.

Initially, Tyche’s influence was considered erratic ¬– ‘blind luck’, if any – and not always favourable. But over the centuries, her image began to change through writings by the likes of Plato and Aesop (of Aesop’s Fables fame), who viewed the goddess as a personification of good luck.

Tyche’s image appeared on coins, jewelry and in shrines. Flipping a coin and landing the side with her image on it was obviously considered lucky. Her popularity grew during the unsettling times of conquest by Alexander the Great. Generally Tyche was associated with luck and good fortune, and her worship was used to unite a diverse population.

Tyche’s Roman counterpart was Fortuna, who was depicted with a wheel, which became the Wheel of Fortune, the concept gaining popularity in the Middle Ages as Rota Fortuna, becoming a symbol on Tarot cards and still totally relevant in gambling and games of chance to this very day!

Returning to the modern song lyrics of ‘Luck be a Lady’ above, where Lady Luck is portrayed as being fickle and unfaithful and, actually, not much of a ‘lady’ is also true in ancient history; indeed, for millennia poets have reviled Tyche/Fortuna/Lady Luck as a ‘fickle harlot’, due to the reality of how quickly good fortune can turn when least expected, luck not being on your side (or by your side, as above), and luck abandoning you and bestowing her bounty on someone else.

Though, whatever you might think of Lady Luck, you should still proceed with caution and not be overconfident about her always coming to your aid when gambling!