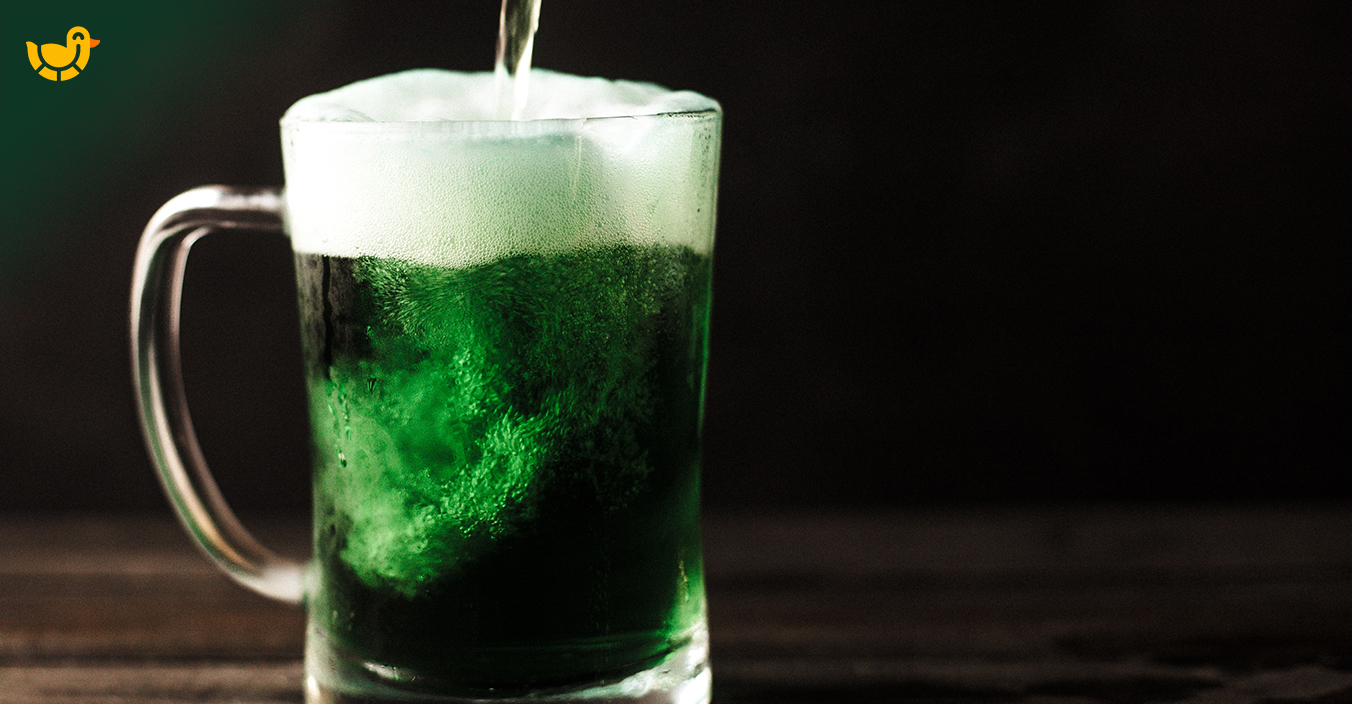 The History of St. Patrick's Day and Luck of the Irish

St Paddy’s Day is all about wearing something green, lively parades and marching bands, shamrocks and leprechauns, drinking (including green beer) and generally having a jolly old time. But have you ever wondered what’s really behind all the fun and folklore? Well, let’s dig into history and find out a bit more …

Blue or Green or … Orange?

Believe it or not, blue was the original color chosen to represent St Patrick’s Day, as it appeared on the national and royal flags. That all changed after the Irish Rebellion in 1798. As British soldiers wore red, the Irish decided to wear green as a show of political defiance, and green became the defining color of Ireland – well, among the Catholic majority anyway. The Irish flag has bands of green, white and orange and the orange represents William of Orange, the Protestant king of England, Scotland and Ireland who deposed Catholic King James II in 1690. Protestants also celebrate St Patrick’s Day, but they protest by wearing orange, not green. However, in the rest of the world that celebrates the holiday, green is the go-to color.

About St Patrick and the Shamrock

St Patrick is the patron saint of Ireland. Although he lived in the fifth century, a special religious holiday to celebrate him was only instituted in 1631. St Patrick was actually a Roman who was captured at the age of 16 and brought to Ireland as a slave, where he worked as a shepherd. While in exile he found religion and after escaping Ireland, he decided eventually to return and bring Christianity to the Irish pagans.

The significance of the shamrock (three-leaf clover) is that St Patrick used this to demonstrate the concept of the Holy Trinity, thus imparting religious significance to this humble plant. Folklore also says that he drove all the snakes out of Ireland; however, there were never any snakes on the Emerald Isle, but it makes a good story because now, as you can see, there definitely aren’t any!

And What of the Four-Leaf Clover?

A clover stem with four instead of three leaves is just a random genetic mutation and occurs in one of 5,000–10,000 plants, so your chances of finding one are pretty slim. If you do happen upon this rare phenomenon, it is thought that good luck will come your way.

Those mischievous and not-to-be-trusted little men in green are – next to the shamrock (and Guinness of course!) – among the most well known symbols of Irish culture, and feature strongly in St Patrick’s Day festivities, with effigies and revelers dressing up as leprechauns. They are linked to rainbows and pots of gold in folklore, but the origins of this story are varied.
One fable has it that when the Danes invaded Ireland way back in 800 AD or thereabouts (and were around for about 200 years thereafter) they tasked the leprechauns with hiding their gold. The leprechauns put the gold into crocks and pots and hid these throughout the land. The secret place where these pots of gold are hidden is said to have been at the end of a rainbow. Anyone who’s ever chased a rainbow knows that as it’s an optical illusion; the rainbow just moves further away as you get closer, so it’s a futile exercise. Leprechauns’ gold is therefore as mercurial as these wily little men in green are.

Do You Have ‘The Luck of the Irish’?

If you’ve ever wondered how this phrase came about, there’s a story to that too. In reality, the Irish have never been a ‘lucky’ nation of people. They were subjucated by the English, had a terrible time during the Great Famine, and many were not treated very well when they reached the shores of the Americas as immigrants looking for a better life.

‘The luck of the Irish’ came about during the Californian Gold Rush. A fair number of Irishmen were among those that struck it lucky and got rich. The phrase had undertones of unearned success – by pure luck, instead of through skill and hard work. So, unfortunately the phrase was originally meant somewhat disparagingly, although there are many examples when luck can literally be a lifesaver – or win you a lot of money, as it can in gambling.

Why do people drink so much on St Patrick’s Day?

Is this even a real question? Well, there’s an historical reason for that too! Although initially a purely religious holiday, it was also meant to be a celebration with feasting and other festivities. It also fell during Lent, a time when Catholics gave up all pleasures, eating only the simplest of foods and abstaining from other pleasures. So, basically St Patrick’s Day was a day off during a time of strict austerity, and of course people made the most of it. As they do to this very day!
So there you have some fun facts about St Patrick’s Day and Irish culture and folklore. Enjoy the celebrations!