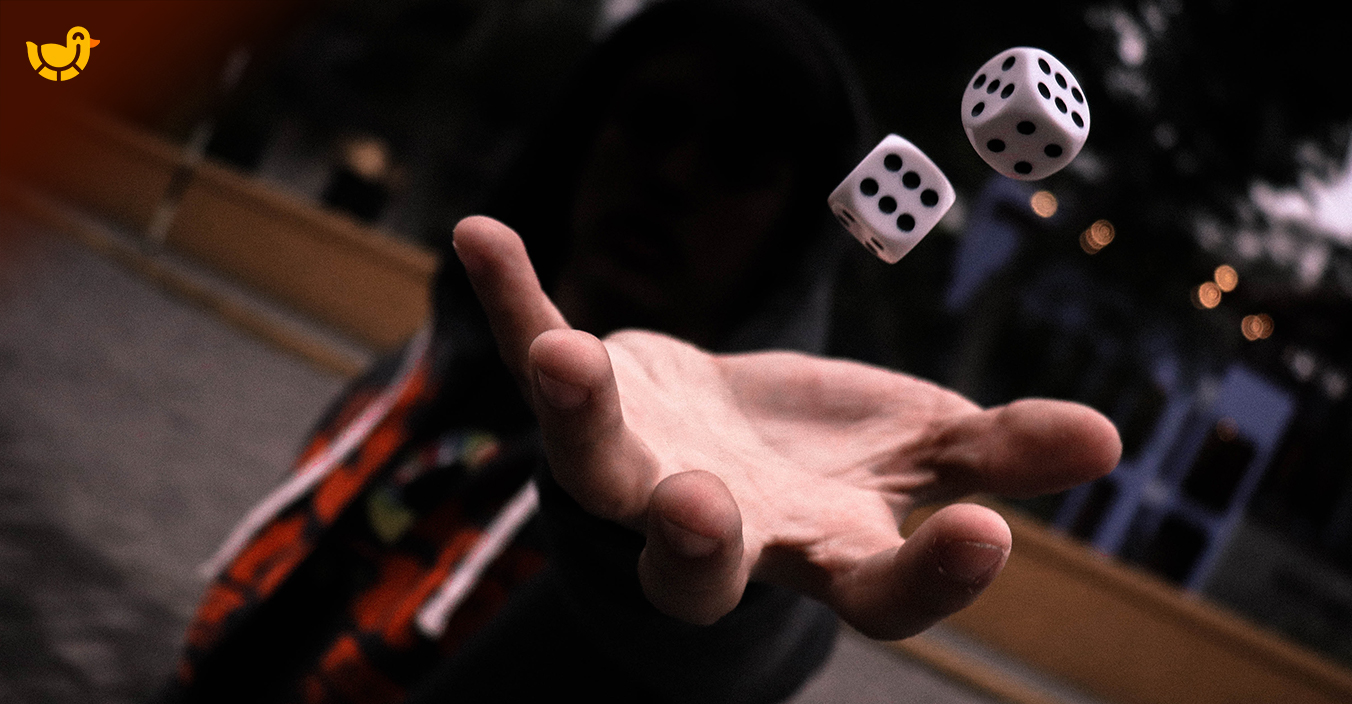 The Very Old Story of Dice

Dice (singular – die or dice) are very much a part of modern life, certainly in the Western Hemisphere. Early on, we learn to use these little numbered cubes playing children’s board games like Monopoly, snakes and ladders, Cluedo, etc. And then there are the very adult games of backgammon and craps, for example. But did you know dice are nearly as ‘old as the hills’, so to speak?

The ancient Egyptians used a simple two-sided form of dice to play a game called senet, as depicted on hieroglyphics dated at about 3100 BC, but the first actual six-sided pair of dice was discovered with a recognizable backgammon board in an archaeological dig in Turkey. The artifacts are thought to date back to around 3000 BC.

Dice have also generated scientific enquiry. In 1600 Galileo and Girolamo Cardano undertook a mathematical study of dice and in doing so, conceived the field of probability mathematics. Neat!

Although there have been many forms of dice, the six-sided cube with its dots (or ‘pips’) we are familiar with existed thousands of years ago in identical form, although of course not in the material we use today, which is mostly plastic. Originally, most dice were made of animal bone or ivory, but also could be made of bronze, marble, semi-precious stones, porcelain and other materials.

Over the years (and centuries) various dice have been invented, including 4-, 8-, 10- and even 20-sided dice. The latter came on the market in the early 70s, when gamers began to recognize the need for dice that would allow for more outcomes. This was the time that the board game Dungeons and Dragons was developed. Of course the 20-sided die was not a novel invention, as one of these was discovered dating back somewhere between 200 BC and 400 AD. Instead of numbers, this one had symbols or letters on each facet, probably to use for divination or fortune-telling.

Numbered dice serve one purpose: when thrown they produce a specific number as a matter of pure chance. In fact, dice are very primitive random number generators, as are the churning balls in lottery draws and bingo.

Whereas dice are merely used to move along a board game, craps is another story altogether. Here, the dice are the focal point, where everyone bets on the shooter winning (or losing), broadly or on a specific number or pair of numbers for much higher odds. There are also other dice games, some of them available in casinos, such as Sic Bo, Klondike and Chuck-a-luck and Bance Francesca.

You’ve heard the phrase “the dice are loaded”? In broad terms it means that a desired outcome is unfairly at an advantage or disadvantage. And indeed, dice can be tampered with to make a specific number more likely to be rolled rather than the complete randomness of a perfectly balanced die. That is why casino dice are made of transparent material so there is no chance of substituting a weighted die with the real thing.

The whole idea of throwing the dice with an outcome that is pure luck or chance has seeped in the English language and used metaphorically. Phrases around dice abound in our language: ‘the die is cast’ (the outcome is known and there’s no going back); something is ‘dicey’ (no guaranteeing of the outcome); ‘dicing with death’ (taking dangerous chances); opening a restaurant is ‘a roll of the dice’ (you have no idea if it will be successful or not); you attempt to do something but it’s ‘no dice’ (you have failed to achieve the desired outcome); and so on.

So there you have it. Dice have a history going back millennia, and as long as there are board game and casinos, they’ll probably be around for the next few thousand years!