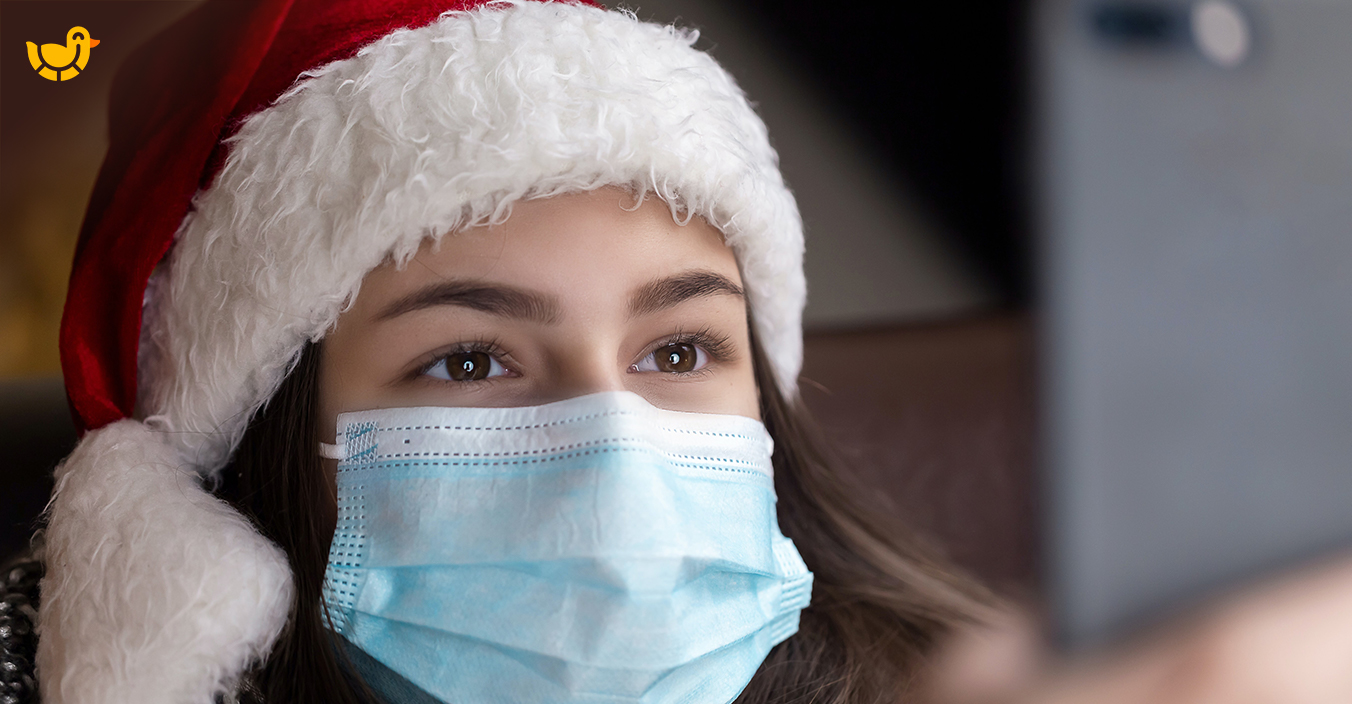 That time of year has rolled around again, and here at DuckyLuck we’re getting into the holiday spirit with some appropriately themed slots that are sure to appeal. From the classic and traditional, to wacky and wonderfully eccentric, we’ve compiled a list of our top five picks.

Jack Frost competes against his brother Harold Heat to gain control of the weather. When Jack Frost wins, the game board is a winter scene with icons like ice skates, wooly hats, candy canes, gifts and a Frozen wild. When Harold Heat takes over, we’re transported to the tropics with icons changing to sunglasses, sandals, coconut drinks, bananas and a Red-Hot wild.

When three or more Harold Heat icons are landed the Free Spins round is triggered and wilds become Flaming Sticky wilds. Three or more Jack Frost icons triggers the Ice Block bonus round! When the ice blocks are melted one can win coins or free spins. Whether you’re dreaming of a white Christmas or sunning yourself on a tropical beach, Jack Frost offers you both options!

2. A Christmas Carol (Play it here)

In the classic tale written by Charles Dickens, crotchety old miser Ebenezer Scrooge has no spirit of Christmas generosity at all, treating everyone around him badly. All he is concerned about is accumulating wealth. On Christmas Eve, he is visited by the ghosts of Christmas Past, Present and Future, who show him how he in the past and the present, and how he will die a miserable, lonely death in the future, with no one missing him. He realizes what an unfeeling money-obsessed person he has become, and begins to make generous amends to Bob Cratchit, his overworked, underpaid assistant, and to his own family he has shunned.

All the great characters of the story come alive in this slot, with plenty of winning combinations and bonuses to play for. Any win allows you to double (or lose) your bet with the flip of a coin. If you land three of a kind ghost characters anywhere on the reels, you are awarded free spins. Roast turkey icons are wild during the free spin rounds. All in all, striking and imaginative graphics and engaging game play make this a true holiday favorite.

Taking its inspiration from the animated film “Rudolph the Red-nosed Reindeer and the Island of Misfit Toys”, this fun slot features a bunch of badly-devised toys, such as a cowboy who rides a pig, a doll missing a shoe and a square basketball. And, of course, featuring Santa with one foot and a rather gloomy elf. See if you can spot the other ‘misfits’.

There are plenty of winning chances in this festive slot, with the jack-in-the-box becoming an expanding wild over an entire reel every time there is a possible winning combination. When three Santa's appear on the game board, 10 free spins are dished out. You are taken to a screen where three misfit toys are featured. Pick one to opt for sticky, expanding or sinking wilds during the free spins round. Misfit Toyland offers some unique features that will grab your attention and make this really enjoyable entertainment.

Winter Wonders has all the classic holiday trimmings – Christmas trees, bells and baubles, candy canes, stockings, hot chocolate and Santa and his sleigh.
The pace is leisurely with not too many bells and whistles and surprises – game play is rather somewhat cozy and comfy, like sitting around the fire with a steaming cup of hot chocolate on a cold winter’s night.

Santa icons are wild symbols, while three Sleighs landing on the reels generates a free spins round. Two silver bells icons appearing side by side pay out a mini jackpot. If you’re after some fairly sedate gaming, Winter Wonders is sure to please.

This exciting slot is the polar opposite (excuse the pun) of the more traditional gameplay of Winter Wonders – there’s a lot going on in Yak, Yeti & Roll, so be prepared for some major entertainment with cascading reels, lots of sound effects and plenty of action. While play goes on, Yak the Eskimo in his Yeti-powered sleigh rolls over the snow and ice, unearthing hidden treasure like multipliers for your next win plus instant cash payouts.

The Yeti symbol is wild and makes frequent appearances on the reels, racking up good wins. Yak is the scatter symbol, paying out when two scatters land on the reels, or awarding free spins when three or more appear. A feature of this game is that you don’t have to wait for free spin rounds – you can buy them, with really good chances of recouping your costs and winning a whole lot more!

DuckyLuck Casino invites you to get into holiday mode, put your feet up, dip in and take some of these great holiday slots for a spin! Wishing you Happy Holidays!