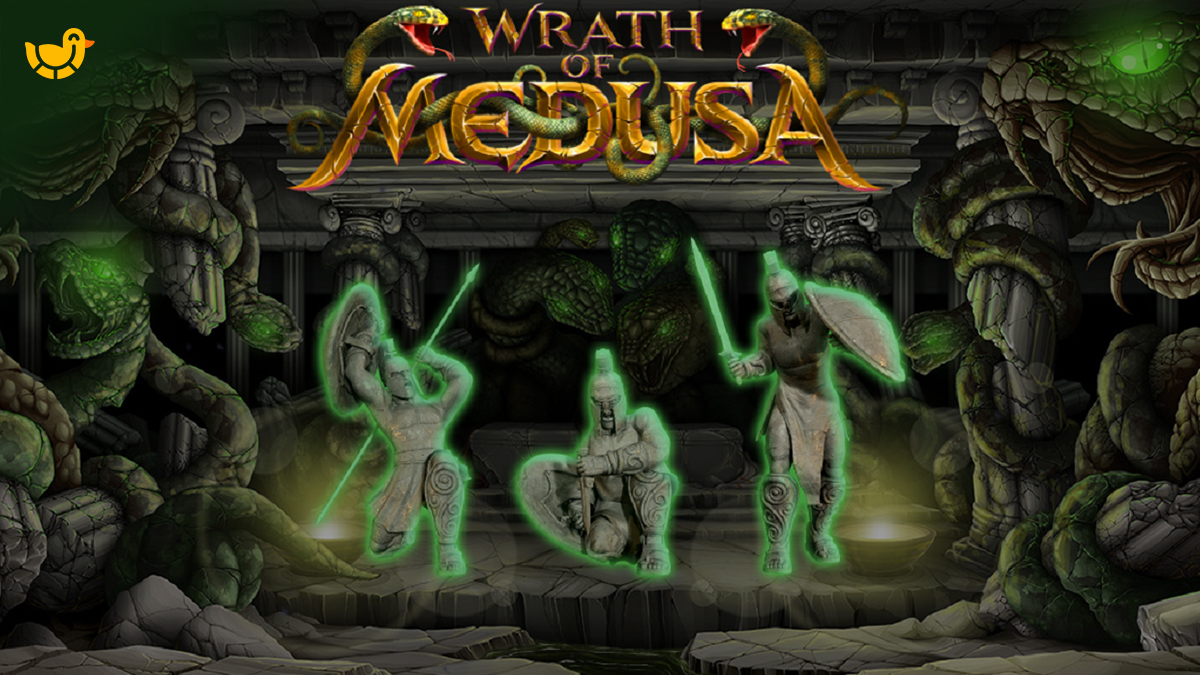 There are literally thousands of different online slots, with almost every theme imaginable – from sports to sultans, cartoons to cowboys, aliens to Aztecs, diamonds to dragons, fairies to Frankenstein - and everything in between. Browse through DuckyLuck’s slots offerings and you’ll find practically everything under the sun.

A subject that is particularly popular with game developers involves characters that are surrounded by myth and mystery, or fantastical other-worldly creatures. These could be ancient historical figures or legends, both real and fictional. Rich beyond imagination, romantic, weird, or just downright scary, these characters make highly entertaining themes for slots fans.

Take Cleopatra, Queen of Egypt, for example. She was a real historical figure, but her life and death are shrouded in myth. Cleopatra is well-represented in slot games and DuckyLuck has three slots featuring this famous character: Cleopatra’s Coins, Treasure of the Nile which are both offered by Rival Gaming and Cleopatra’s Fortune by Dragon Gaming. A little-known fact is that the beguiling and fabulously rich Cleopatra was not Egyptian, but Greek – her ancestors had conquered Egypt and Cleopatra was part of the Ptolemaic dynasty.

She first formed an alliance (both romantic and politically strategic) with Julius Caesar and later with Roman general Mark Antony, who was trying to gain control of the Roman Empire. He was defeated by Octavian’s army and Cleopatra chose to commit suicide rather than be taken prisoner by the conquerors and paraded through the streets. Legend has it that she held an asp (Egyptian cobra) to her breast to be bitten, but it was more likely that she drank poison. Mark Antony fell on his sword (literally) and also died.

Cleopatra’s Coins features all the players in this gripping tale, including the venomous snake. The game has some great features like the bonus round where you get a chance to smash Cleopatra’s perfume jars to reveal coins to win.

Another fascinating DuckyLuck slot is Wrath of Medusa – this one is pure myth, from ancient Greek mythology and there are no happy endings in this story either. Medusa was a real human, and very beautiful, but was seduced in Athena’s temple by Poseidon, the god of the sea, and later gave birth to Pegasus, the mythical winged horse. Athena was outraged by the desecration of her temple and turned her into a Gorgon monster with snakes for hair. Anyone who looked at Medusa turned to stone.

Perseus, a Greek hero famous for slaying monsters, goes on a mission to kill this hideous Gorgon, and finds Medusa asleep in a cave, approaches her by looking at her reflection in his shield rather than directly at her. He then proceeds to cut off her head, which he later uses to turn an enemy to stone.

However, although Medusa in the slot is still a rather creepy – she turns into an expanding wild with generous rewards when there’s a winning combination! When three Perseus symbols are landed, you are awarded a free spins round. You are taken to Medusa’s cave where you must choose one of three soldiers turned to stone which will allot a number of free spins.

And then there’s the Rise of Poseidon. You’ve already briefly met this cad in the Medusa story, who was the brother of both Zeus, god of the sky, and Hades, god of the underworld. He was married to Nereid, a sea nymph. Poseidon ruled over the sea, and was also the god of storms, earthquakes and horses. He had a reputation for being bad-tempered and could create an earthquake by striking the ground with his trident, so he was pretty fearsome and with his violent mood swings was not a god to mess with!

Poseidon rules the reels in this slot, being the winning wild. The game board is populated with sea creatures like sharks, dolphins and turtles. When three tridents land on the reels, a free spins round is activated and Poseidon becomes an expanding wild, increasing the chances of really big wins. The normally tranquil sea backdrop becomes a stormy scene during free spins.

Mythical Creatures takes us to the Far East, way back in time to ancient China. Like all people in ancient times, myths, legends and gods were part of everyday life and belief systems influenced people’s actions. Here you’ll meet sacred tortoises, fiery dragons, rabbit-man and cat-woman gods and a carp swimming with a goldfish among other auspicious symbols. For example the tortoise was revered because it was believed to embody the universe as well as longevity and perseverance.

The two fish are symbols of good fortune and it is no coincidence that they are the bonus symbols. Landing three of these on the reels will take you to the Fortune’s Trail Bonus game where you get to spin the wheel of fortune to work your way along the path to a possible 200x win! If three scatter symbols appear on the reels, each will reveal a number of free spins with an accumulative value of up to 30 free spins.


These are just a few of the fantastic mythology-themed slots available to play at DuckyLuck Online Casino. Whether you are attracted to the exotic, the macabre or pure fantasy, there’s a slot that is sure to provide tailor-made entertainment especially for you.