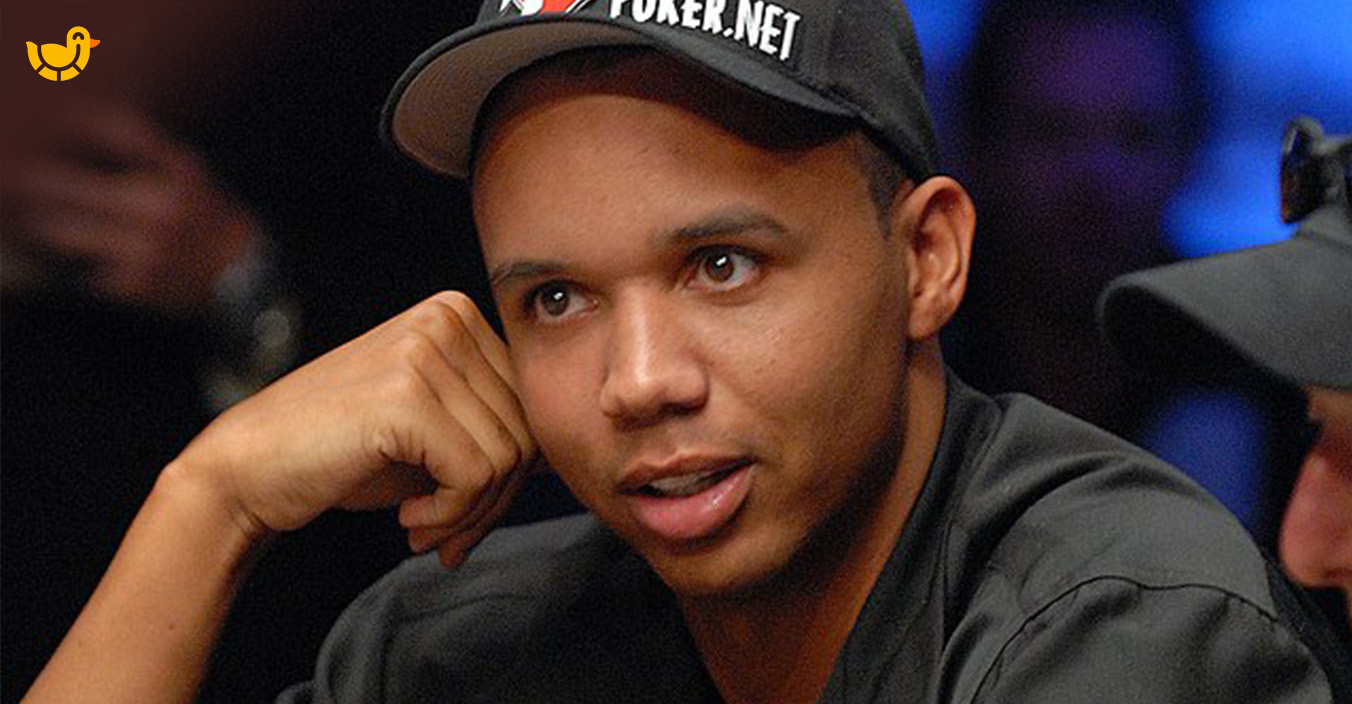 Phil Ivey and His Poker History

Philip Ivey was born in Riverside, California, in 1977. His family moved to Roselle, New Jersey shortly thereafter. Ivey learned to play poker as an 8-year-old, playing five-card stud with his grandfather, putting small wagers ¬– usually no more than five cents – on the games.

When he was a teenager, Ivey got hold of a fake ID to get into casinos in Atlantic City — a distance of more than 100 miles from where he lived and worked — so he could practice playing against others for stakes in a real casino. He earned the nickname “No Home Jerome” because his fake ID name was ‘Jerome’ and he spent a lot of time at the poker tables. He worked at a telemarketing firm in the late ’90s and played games against his co-workers. Other nicknames are ‘The Phenom’ and ‘The Tiger Woods of Poker’ (we assume this name was coined during Woods’ better days).

Ivey turned pro at the ripe old age of 20, eventually moving to Atlantic City so he could spend even more time in the casinos there, playing as many hands as he could to finesse his game. His focused dedication to poker paid off handsomely, as history has shown. All told, Ivey has won more than $30 million in live tournament earnings, and he plays in high-profile, high-stakes cash games, with stakes as high as $100,000, as well as online poker tournaments.

in 2006, Ivey teamed with other pros, collectively known as “The Corporation,” to challenge billionaire banker Andy Beal and, in a heads-up match over a three-day period, Ivey won $16.6 million from Beal. That was shortly after Beal had taken them for $13 million. Win big, lose big!

Ivey's tournament accomplishments are legendary. Ivey was the first person to defeat Amarillo Slim heads-up at a WSOP final table. His victory over Amarillo Slim was for his first career bracelet. He went on win three bracelets at the 2002 World Series of Poker, tying Phil Hellmuth Jr, Ted Forrest, and Puggy Pearson for most World Series tournament wins in a single year at the time. In addition to his ten World Series bracelets, Ivey has had great success in the WSOP Main Event, placing in the top 25 four times between the 2002 and the 2009 World Series of Poker.

With 10 World Series of Poker bracelets, Ivey is currently tied with Doyle Brunson and Johnny Chan for the second most all-time wins. Also, at the age of 38, he was the youngest player to ever win ten bracelets, beating Phil Hellmuth's mark of 42 years old at the time of his tenth bracelet. In addition, no other player has accumulated ten bracelets more quickly; it took Ivey only 14 years from the time of his first bracelet to his tenth (Phil Hellmuth took 17 years).

Ivey has also reached nine finals on the World Poker Tour. He lost several of these WPT events by being eliminated while holding the exact same starting hand each time, an ace and a queen. During the sixth season of the WPT in February 2008, Ivey made the final table at the LA Poker Classic at Commerce Casino, finally netting the $1,596,100 first prize and putting an end to his streak of seven WPT final tables without a victory.

Although this involved baccarat and punto banco, and not poker, Ivey was successfully sued twice by two different casinos, one in London and one in Las Vegas. The litigation was over the use of ‘edge sorting’. This is where the backs of playing cards should have identical pattern markings, whichever way the card is presented, but due to a print error, there are nuanced differences. The player asks the dealer to turn the card 180 degrees (often under the pretense of this being a lucky omen) but, in fact, helps the players spot low and high cards. Complicated, but this is a story for another day. Just a pity that such a successful player would resort to what the UK and USA courts found to be cheating behavior. There is a very fine line between advantage play and cheating.