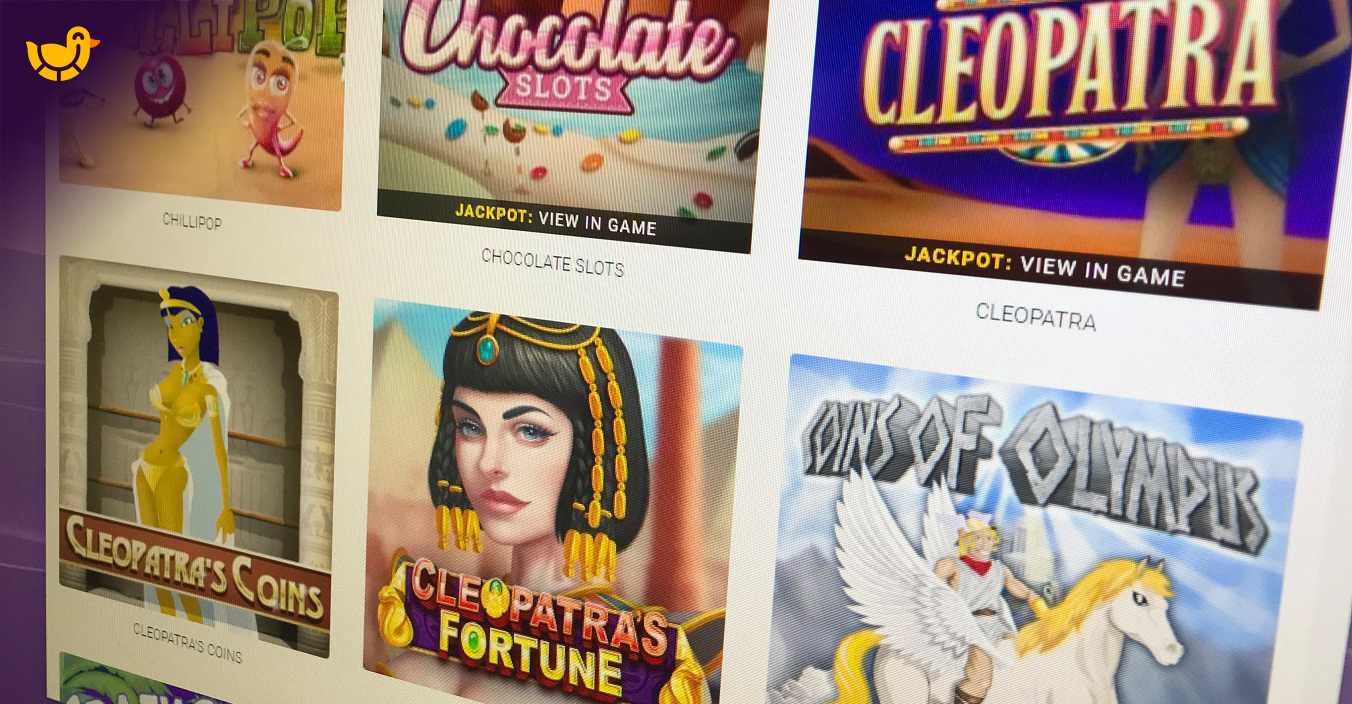 The Obsession with Cleopatra-Themed Slots

Ancient Egypt’s civilization has always been a source of fascination for the modern Western world, and it’s not really hard to figure out why. Highly sophisticated, exotic, untold riches, absolute power, multiple deities and superstitions, astounding and unique architecture, monumental statues, beautiful artworks and buried treasures, sex, incest, murder… ancient Egypt had it all!

Lasting from approximately 3,000 BC until 30 BC, the dynasty of the pharaohs ended with the death of probably the most famous figure of that era – Cleopatra. Known as extremely intelligent and an astute politician, Cleopatra was also not shy to use her feminine wiles to seduce her Roman counterparts into supporting and protecting her, and forged strategic romantic liaisons with Julius Caesar and later, after Caesar’s assassination, with Roman general Mark Antony.

Cleopatra loved pageantry and spectacle and used this for political gain too. She was also fabulously rich; by today’s standards, her net worth was estimated to be about $95 billion. Her country’s final defeat by Octavian’s Roman armies meant the end of her rule and the end of the Ptolemaic dynasty. Cleopatra’s subsequent death by suicide, supposedly from the venomous bite of an asp (Egyptian cobra), was fittingly dramatic, although it was more likely that she actually drank poison. Her lover, Mark Antony – also on the losing side – literally fell on his sword and ended his life too.

Immortalized by Shakespeare, and portrayed on film by Elizabeth Taylor, two millennia later Cleopatra remains larger than life and a true legend. Although she was an actual historical figure, her role as the Queen of Egypt gave her the status of a god, and her life has become the stuff of mythology. Beautiful, mysterious, charismatic, powerful, rich and famous (and ultimately a rather tragic figure), Cleopatra’s world offers a perfect theme for slots, and many game developers have incorporated her story into their game offerings.

Both Cleopatra’s exotic and seductive persona and the luxurious artifacts of ancient Egyptian royalty made of gold and precious jewels are portrayed in no less than seven Cleopatra-themed slots at DuckyLuck Casino – Cleopatra, Cleopatra’s Coins, A Night with Cleo, The Last Pharaoh, Play with Cleo, Treasure of the Nile and Cleopatra’s Fortune.

Most of the slots obviously focus on the gold, jewels and precious artifacts that represented Cleopatra’s wealth, but it is also her beguiling, often scantily-clad presence on the reels that make these slots visually pleasing and entertaining to play. But we suggest not just taking our word for it, do your own research by trying out a few of these slots and see which ones rate as your particular favorites!